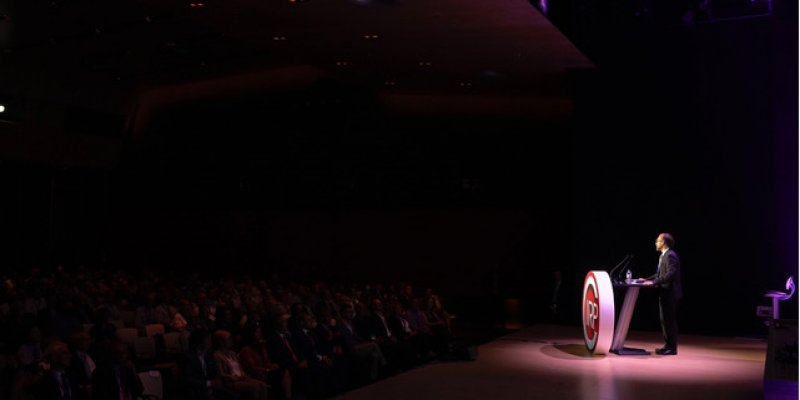 The College International pour la Recherche en Productique (CIRP) is the world’s leading organization in Production Engineering Research and was founded in 1951. CIRP unites leading researchers and CEOs on the design, optimization, control and management of processes, machines, and systems.

The members of the CIRP are specifically chosen as the number of CIRP members is limited to 550 representatives from academia and industry. Its members are also highly international, coming from over different 40 countries. To bring its members together, CIRP holds numerous meetings throughout the year. Recently, in August 2022, the CIRP general assembly was held in Bilbao, Spain.

At this meeting, Dr. Yavuz Murtezaoglu, founder and CEO of ModuleWorks, received the General Pierre Nicolau Award. This award is the highest honor for professionals in production engineering, “in recognition of significant and distinguished scientific and in particular industrial contributions to a specific area within the field of production engineering” as the CIRP itself phrases it.

As the main title indicates, the award was founded as a tribute to General Nicolau (1887 – 1974) who was a world-renowned authority in the field of production engineering. The award commemorates his contributions to the founding of CIRP. Typically, large corporations are awarded for their achievements. In 2001 the award was presented to Prof. Dr.-Ing. Joachim Milberg, Chairman of the Supervisory Board of BMW AG until 2015, in 2007 to Dr. Yoshihru Inaba, President and CEO of FANUC Ltd, and in 2008 to Prof. Dr.-Ing. Klaus Wucherer who worked at Siemens.

Enabling the Rapid Spread and Growth of 5-Axis Machining

This year is the first time the award has been presented to the director of a company that exclusively produces software. With the foundation of ModuleWorks, Dr. Yavuz Murtezaoglu enabled the rapid spread and growth of 5-axis machining. This honor to the founder and what he has achieved with his company is an acknowledgment that digitalization, which is mostly driven by software, is now one of the top priorities of production engineering.

The overall mission of CIRP is to unite people in production engineering to contribute to environmentally sustainable solutions that promote the well-being of society as well as global economic growth. Accordingly, the guiding theme and main topic of the CIRP general assembly this year was sustainability and digitalization. For Dr. Murtezaoglu, these topics go hand in hand. The need for sustainability is urgent as the world is facing a climate crisis with negative consequences becoming more noticeable. At the same time, digitalization is omnipresent and ever increasing.